There were multiple stakeholders from the onset of this project; however the key stakeholders were from a clinical/corporate/business and ICT background. 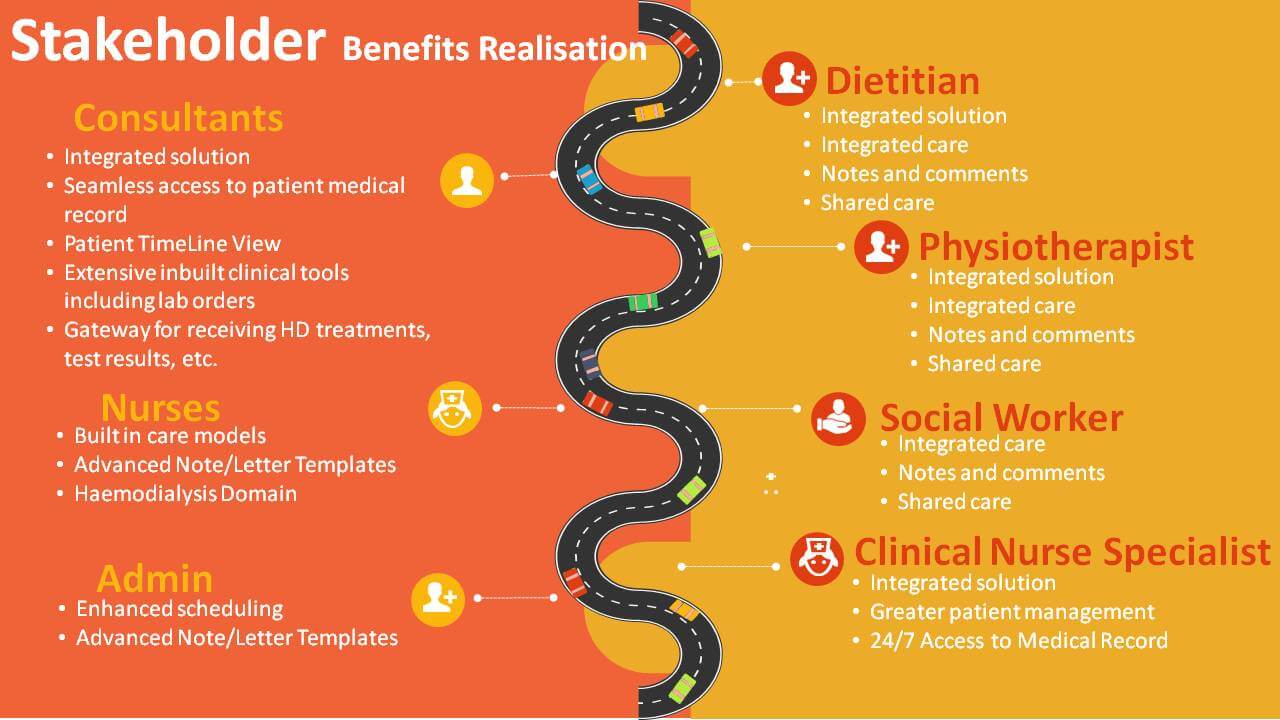 The national implementation of a project of this magnitude relied heavily on open lines of communication between all parties involved.  Routine meetings were scheduled for senior stakeholders and national project team to discuss current project status, review timelines and discuss any deviation from the project plan.  At these meetings potential risks were highlighted and processes put in place mitigate against these risks.  Minutes were taking at all meetings and circulated.

Furthermore, local implementation teams and local stakeholders engaged in weekly conference call with the project teams during the implementation phase of the project.  Also the senior project manager from the national project team was available on site to work hand-in-hand with the local team to assist with any issue that presented and also to give guidance and to utilise the experience gathered from previous implementations.