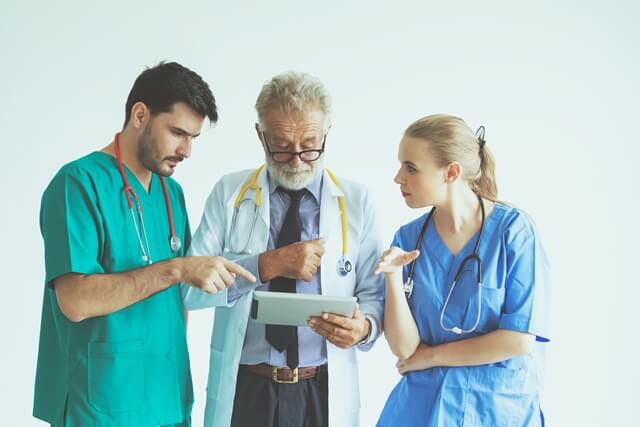 Following the mandate from the Renal Strategy Group and the ring fencing of an appropriate budget the business and tender documents developed.  These consisted of a clear description of the product and project about to be undertaking in the form of a 'Statement of Work'.  The benefit of this process is that it described the product and deliverables this enable project boundaries to be identified by defining which of the requirements collected will be included or excluded from the scope of the project.

As previously stated a systemic process to capture, define and monitor scope was initiated.  Since the organisation had previously used scope management on other projects this proved to be a good starting point as this experience was well received by the project team.  It was agreed with the key stakeholders that once deliverables have materialised that there was an identified person/process in place for getting deliverables signed-off, this proved to be worthwhile as the project progressed, this agreed structure prevented any questions about who is going to approve a deliverable or what criteria they are going to use to say it is complete.  This helped expedite matters and helped mitigate against scope slippage.  This role was fulfilled by the national renal business manager.

It is well documented that monitoring and controlling scope is a key requisite in delivering a project on time and within budget.  For the KDCPMS project this related to making sure that there was effective change controls when the scope needed to be changed.  A good example of this was the introduction of a new requirement from the stakeholders to have a haemodialysis machine interface to be developed alongside the implementation of the Emed Renal Application during the execution stage.  The project had a functioning change control board from the onset this gave the ability to make final decisions and prioritisation of any changes that came along during the lifetime of the project.  The project team was aware that the project could not be viewed as a static target and that scope changes as new requirements are discovered during the project.

Without effective management of scope the KDCPMS Project would not have been delivered in an efficient and effective manner.  It was found that scope management was not difficult to implement but it became apparent that for it to succeed it required effort, time and patience to ensure that it was clearly understood what was part of the project, and what was outside the scope of the project.  A level of flexibility was required to deal with change requests as the project progressed.

It also had the unexpected benefit of creating a more productive relationship between stakeholders and the project team as clear lines of responsibility were clearly set out from project initiation.

As Nikolai Machiavelli stated nearly 500 year ago that 'there is nothing more difficult to take in hand, more perilous to conduct, or more uncertain in its success, than to take the lead in the introduction of a new order of things'