The 4th Joint eHealth Ireland and Northern Ireland Ecosystem gathering took place on January 22nd in Dundalk. Brian O'Connor Chair of the European Health Alliance referred to the context in which the impressive audience had gathered. Brian also made reference to a crisis in his opinion in the health system not only in Ireland but worldwide, however “with every crisis comes an opportunity for all of us to solve". He made reference to an earlier Pitching Panel and the many great ideas which perhaps if implemented could make significant differences to people’s lives.

Michael Redmond Assistant National Director and Chief Operations Officer for the Office of the Chief Information Officer presented on Healthcare Strategy Developments across Ireland. In particular he briefed the room on the OoCIO's eHealth approach to enable the Slaintecare plan and how they intended to utilise the vast technological and digital landscape already built. 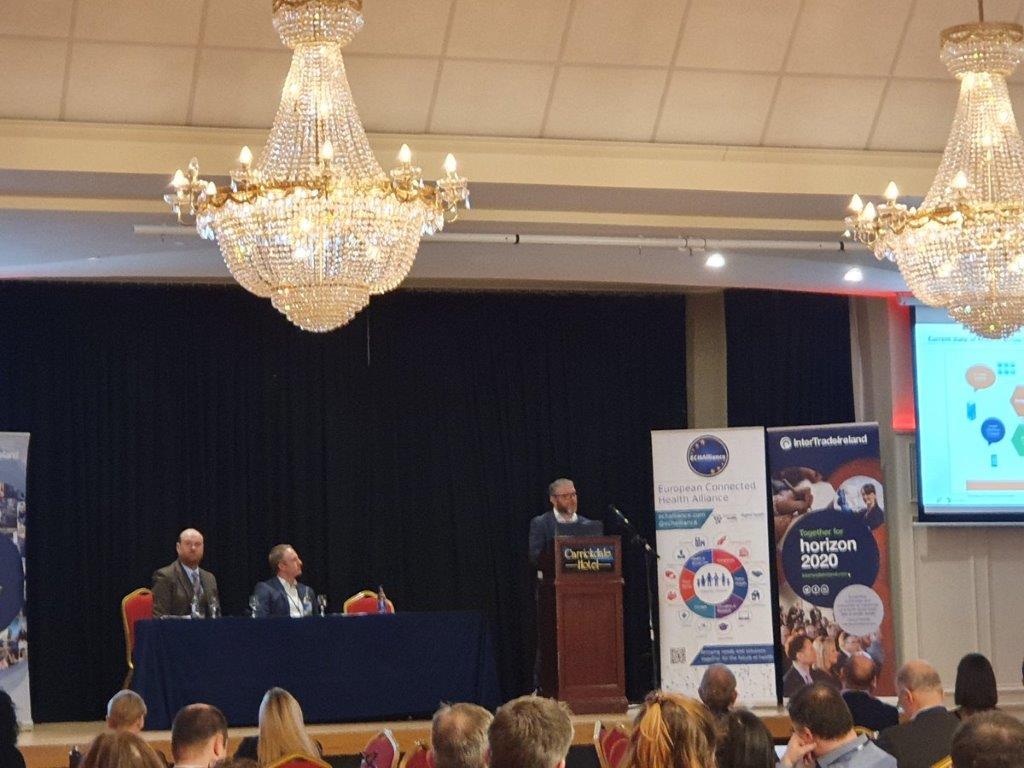 Michael referred to the HSE as an 'enormous technology operation' with thousands of servers both physical and virtual facilitating almost 150,000 users of network sites making the HSE one of EIR's largest customers including appearing in the top 500 global listing's for Microsoft. There are over 1800 applications with almost 650 of these being unique must haves for clinicians, medical professionals, patients and administrators who depend on these daily. As there is a constant change in technology Michael spoke about leverage and the need to adapt quickly to these changes.

"If healthcare is the juggernaut then it's our job as the engine not to just maintain and direct this vehicle but to drive it forward always knowing our destination". In support of the Slaintecare plan the OoCIO have focused on 8 clear goals over 3 clear time horizons. Michael concluded by explaining "where we want to get to" with the citizen as the clear focus and their ability to interact with our service, own their interactions and have full visibility of their interactions. This is how IT can deliver on the ambitions of the Slaintecare plan over the next decade. 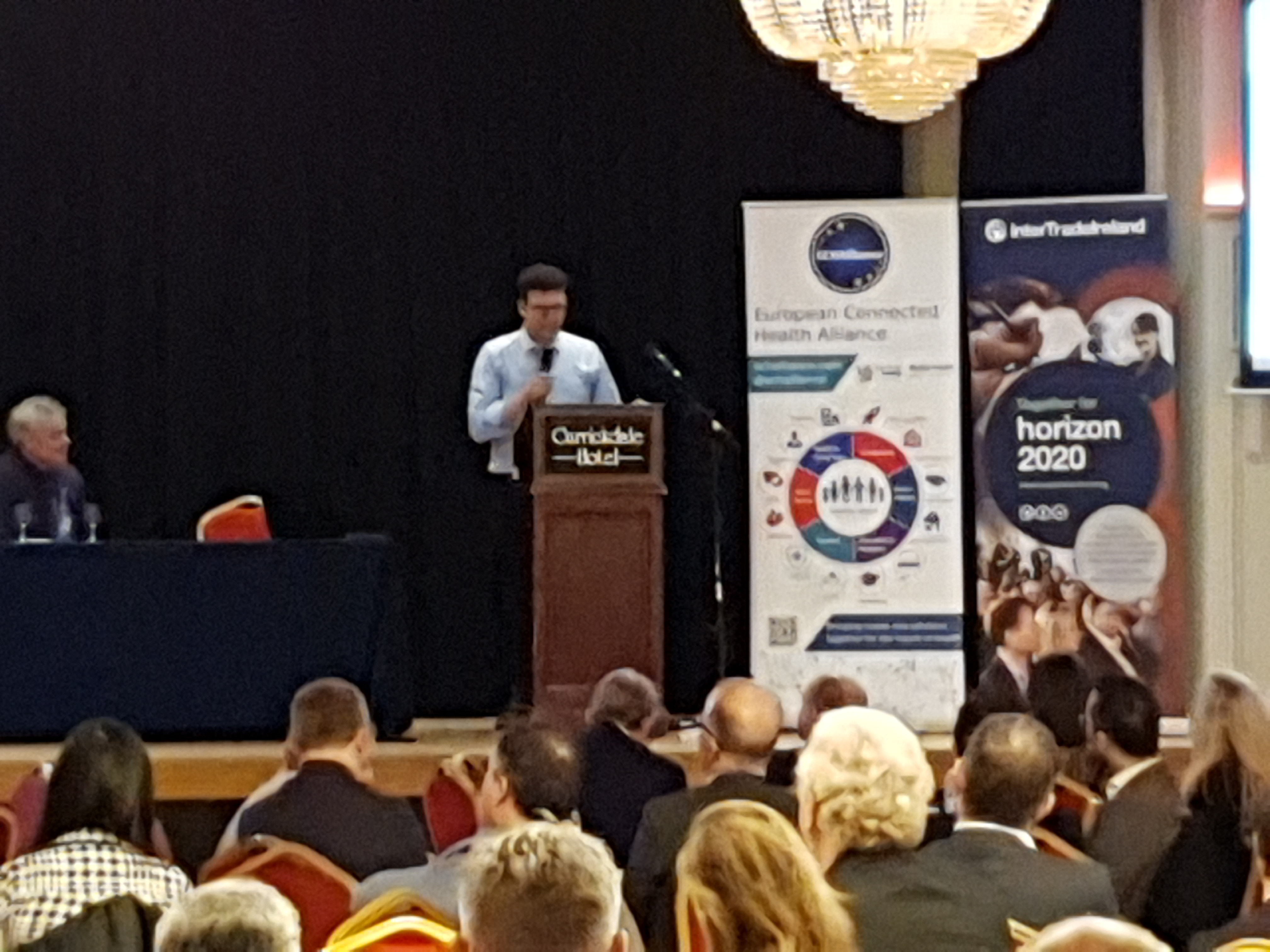 Muiris O’Connor, Assistant Secretary, R&D and Health Analytics Division, Department of Health, Ireland began the day by giving his vote of confidence to the ECH Alliance. Presenting on Scottish – Irish connections in Digital Healthcare he discussed a new collaboration that has emerged over the last twelve to eighteen months between Irish and Scottish health departments. This collaboration was described as an opportunity to bring senior leaders together in the health systems of both countries in terms of policy levels and also at an executive level in terms of implementation.

There are numerous work strings involved such as access of flow, integration, public health, patient safety and data in digital. A commitment was made by both countries not to adopt collaborative initiatives that had not already been embedded as mainframe priorities in each other’s business plans. Both countries also looked at other areas for discussion such as cooperation on information governance, assured frameworks, how GDPR should be interpreted and how a legislative base could be built to ensure the flow and connectivity of health information in ways that support citizen’s health and wellbeing.

There is a move from reactive healthcare to proactive healthcare providing for real time health systems, citizen cantered systems and data driven innovation. Martin briefly spoke about the team’s five pillar strategies The Digital Academy, Open Innovation, Digital Labs, Digital Academy Forum and Digitalisation. With the creation of a new Masters in digital health transformation which began in Jan 2020 at the University of Limerick, its aim was not to focus on the upskilling of CIO’S but Doctors, Nurses, Pharmacists and Physios.